You have probably already heard about the remarkable constructions which were called the Seven Wonders of the Ancient World. Sadly, although there were originally seven, most of them were lost in the sands of time, and today we can only imagine how they must have looked like. Nevertheless, there are many other spectacular buildings which are worth mentioning. Man has always been fascinated with constructing and designing physical structures which can echo over the ages, but in the past, architecture had a strong cultural rooting and it symbolized the spirit of that age, and although there are many wonderful structures made by modern man, the man of the past did not have the technology and tools that we have today. This is what makes our top 10 lists even more remarkable.

The „Tear drop on the cheek of time”, as Rabindranath Tagore refereed to it, is the most remarkable example of three very distinct architectures. That of the Turks, Persians and mughals. Who would have thought that this impressing structure was dedicated to one woman? History tells us that Shah Jahan, the Mughal Emperor of that time built the Taj Mahal for his wife, Mumtaz. It took 20.000 skilled craftsmen, and 17 years to complete the pearl of the orient. It is enormous, fascinating, but most importantly it was decorated with some of the most precious stones of that time. Lapis lazurili, sapphires, diamonds and turquoise sit proudly on the walls of the structure. 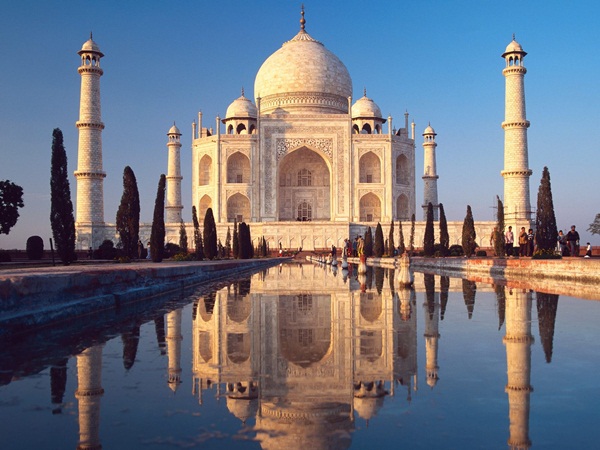 Giza is the third largest city in Egypt, after Cairo and Alexandria. The cluster of three pyramids has already become an iconic image of Ancient Egypt, and the Seven Wonders of the World. There were also a lot of theories woven around the structures, because it seems almost impossible to create something so exact, and so immense, with so little technology. Over 40.000 people worked relentlessly to build, what is now, the greatest pyramid of all time. What is more amazing about it, is that the Egyptians did not have knowledge of the wheel at that time.

The Greeks have had a major impact on the world of architecture. Even after thousands of years, the monolithic system, decorating techniques and structural principles continue to be perpetuated by some of the most prolific architects. The Temple of Artemis, is the perfect example of Greek genius at work. Although today all that is left of it is one lonely column, in the past the temple was rebuilt three times before it was completely destroyed by invaders.

Yet another example of wonderful Greek architecture, is the Mausoleum of Halicarnassus. Sadly, the structure collapsed after 19 centuries, and the Ioannite Knights took the stones from the ruins in order to build a nearby fortress. However, scientists were able to recreate the image of the structure, with its wonderful sculptures and delicate columns. A replica of the Mausoleum is available in „Miniaturk”, Washington. 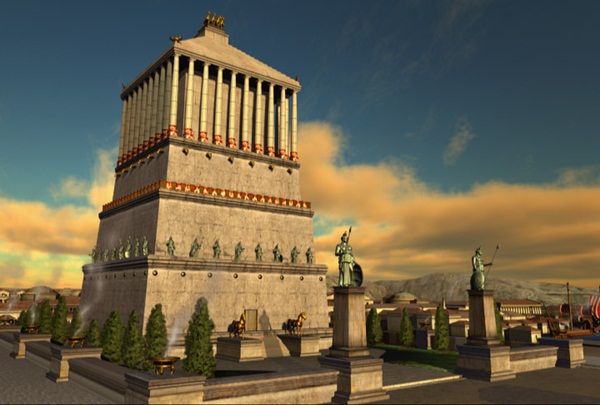 We still have no proof of the existence of the Hanging Gardens of Babylon, because it is said that the structure was destroyed due to repetitive earthquakes. Whether or not the gardens were fiction or reality, is not important to me, because the simple fact that the human mind is capable of imaging such beauty is reason enough to think they existed. Supposedly, the Gardens were built in Babylon during the rule of king Nebuchadnezzar II, who wanted to please his homesick wife Amytis.

This is not a wonder of the ancient world, but it is definitely something you should see. Although it isn’t as amazing as the Taj Mahal, or as precious as the Giza pyramid, what is remarkable about the Coral Castle, is that it was built by only one person, who was also suffering of tuberculosis. There is actually a sad story behind the small sanctuary. Edward Leedskalnin was jilted by his fiancee right before the wedding. He therefore decided to move to a secluded part of Florida where he built the castle. It is amazing how a person with almost no physical strength had the power to move tons of rocks and carve such beautiful sculptures. It is a sight you should definitely see. 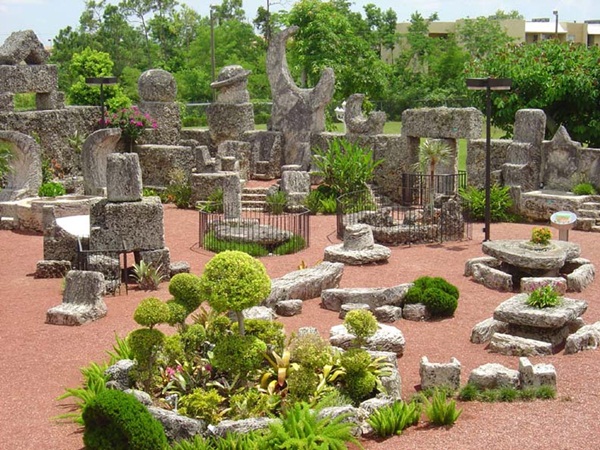 Located at the confluence of Minjng, Dadu and Qinqyi, in the city of Leshan is the Giant Buddha Statue. It is the largest and tallest statue ever to be carved out of a cliff face, and it is actually the largest Buddha statue to ever be sculpted. To understand just how big it is, we will tell you that one of its toes can comfortably seat a person. The Buddha Statue is part of the UNESCO World Heritage. 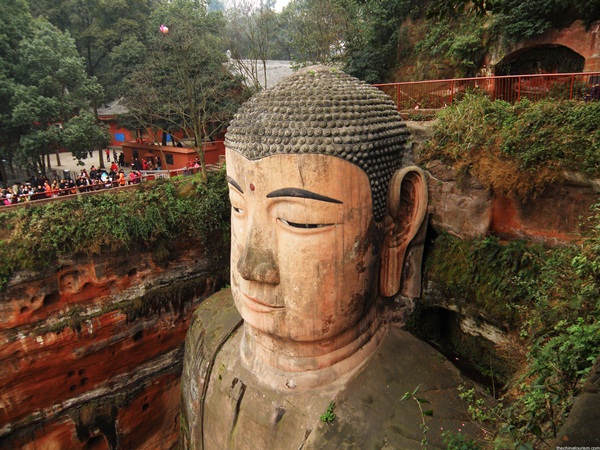 Alhambra Palace is an excellent example of Muslin style of architecture. The structure can be found on the border of Granada, Spain, and it takes only one glance to understand that it is special. It actually looks as if it were taken out of a fairy-tale  If you translate its complete name into English, it means „The Red Fortress”. The archways, the courts and the halls are a testament of Muslim architecture at its best. The palace sits proudly on the hill Al-Sabika, and it looks down on the Darro River. 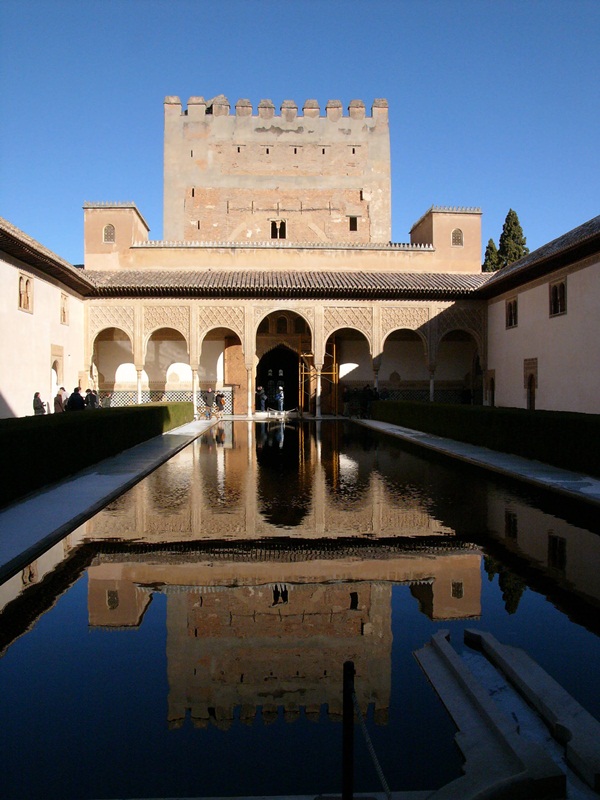 The Coliseum in Rome was seriously damaged during powerful earthquakes in 1349. To be honest I believe that part of its charm is that collapsed area of the building. In ancient times, Romans would come to such entertainment places and watch barbaric gladiators fight to the death. It was actually one of their favorite past-times. What is left of the Coliseum can now be visited. 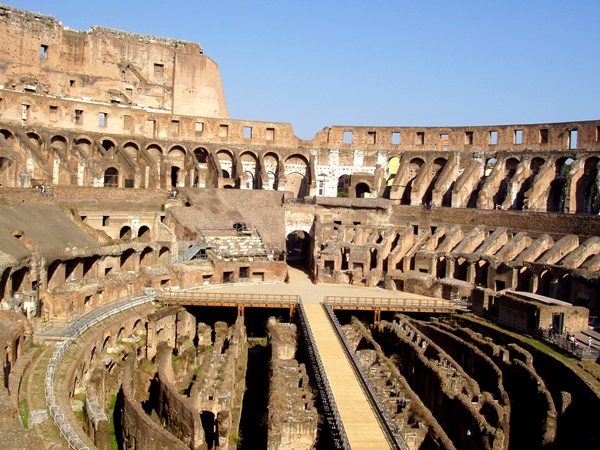 Like in the case of the Hanging Gardens, Solomon’s Temple is also a mere fantasy, because there was no evidence of its existence until know. The only description we have of it, can be found in the Bible. It lays written that the temple was constructed under Solomon, King of the Israelites, but was also destroyed in the Siege of Jerusalem in the year 587 BCE. Nevertheless, the structure referred to as the First Temple or the Temple Mount has fascinated archaeologists for over hundreds of years. 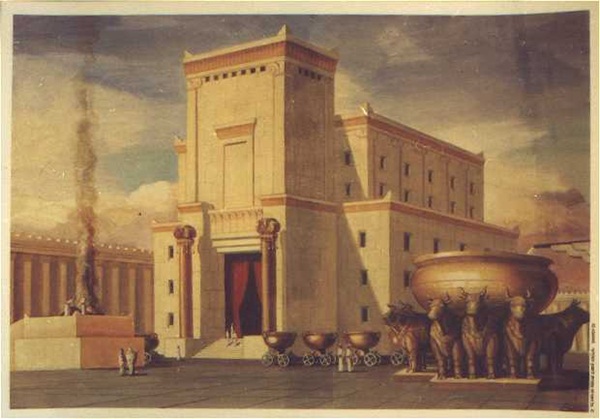