These keyboards are awesome! With great designs, many features and new technologies built-in, these beautiful pieces of hardware are on our wish list. Which one do you like the most?

Optimus Popularis is the last creation from Art. Lebedev. This keyboard has some cool rounded keys which are all programmable. Popularis has also a nice screen for various information and mini screens for every key. It will be less than 1000$ in early 2011, when it’ll be available.

DAS Keyboard is perfect for professional typers. No character is written on keys, so you better learn all the positions before you buy it.

Asus EeeKeyboardis not just a fancy keyboard. It has a decent computer built-in and an additional 5″ multi-touch display with 800×480 pixels. For 580$, you’ll get an Intel Atom N270 processor, 1 GB RAM, 16 GB on a SSD and a Windows Xp OS.

Optimus Tactusis another great keyboard from Art. Lebedev. This one has no physical keys and any part of the keyboard surface can be programmed to perform any function or to display any images.

Logitech diNovo Edgeis so sleek, cool and full of great features. Edge is a wireless keyboard that gives you the edge with a touch pad and media controls. 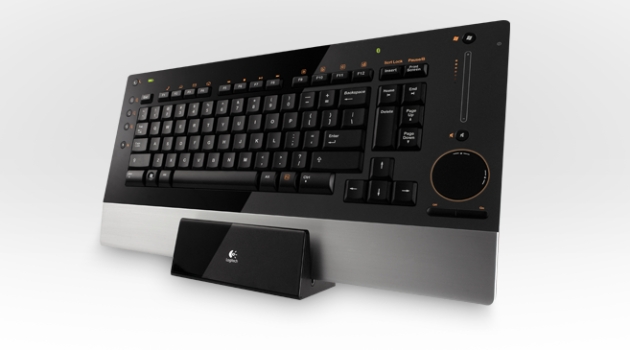 Luxiium Luxeedis full of LEDs that illuminate every key in various colors. You can also separate the numpad for a better position. 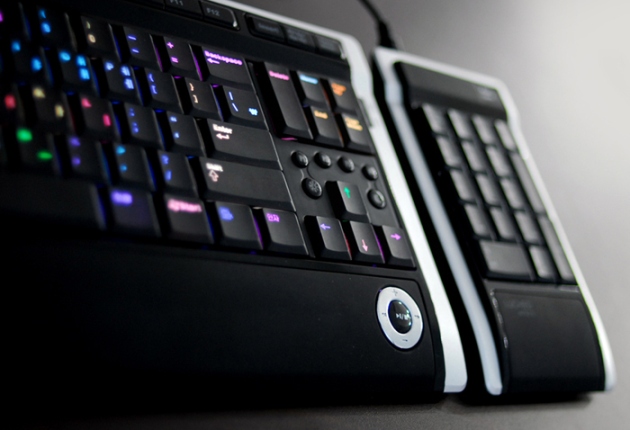 Saitek Cyborgis a gaming beast. Cyborg has gamer written all over it, with illuminated keys, a great display with useful info, colored keys for easier recognition and lots of new features. It costs 80$.

Art. Lebedev Optimus Maximusintroduced the fully programmable keys with mini OLED displays. This keyboard is a stunning piece of hardware.

This steampunk keyboardmod is made by Jake von Slatt, starting from a common keyboard. His work is so well done! Wired.com promoted this keyboard that makes us say wow… 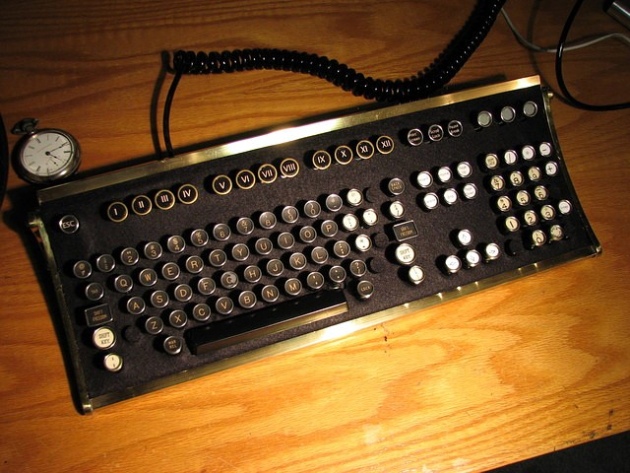 The Scrabble keyboard! Most of the keys are made from real Scrabble tiles that were all hand-beveled and built onto a USB, clicky, mechanical-switch keyboard. 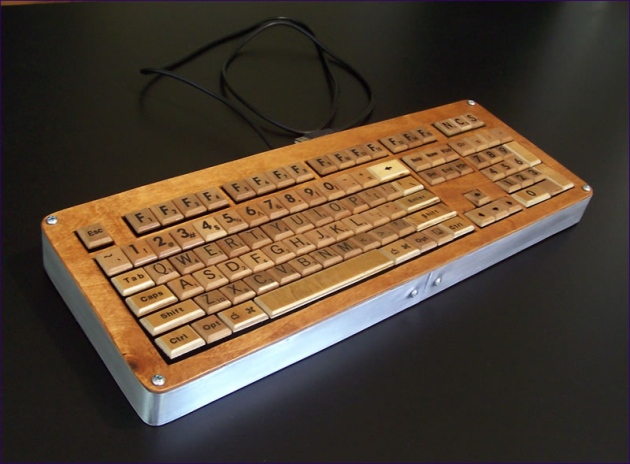 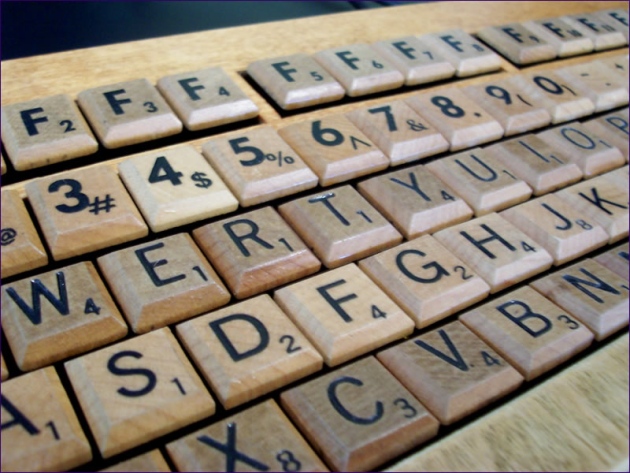