It is the nature of man to widen his horizons and conquer uncharted territories. But even in this day of modern exploration and technology, there are parts of our home planet that still defy some explanation. It’s too bad that humans don’t live long, really. Because we could use some explanation regarding the following places; why they exist or why they are no longer around. It would also be great if we could know how to act in these places or if it would be worth spending millions on equipment when some of these spots could very well swallow (literally) any brave explorer. 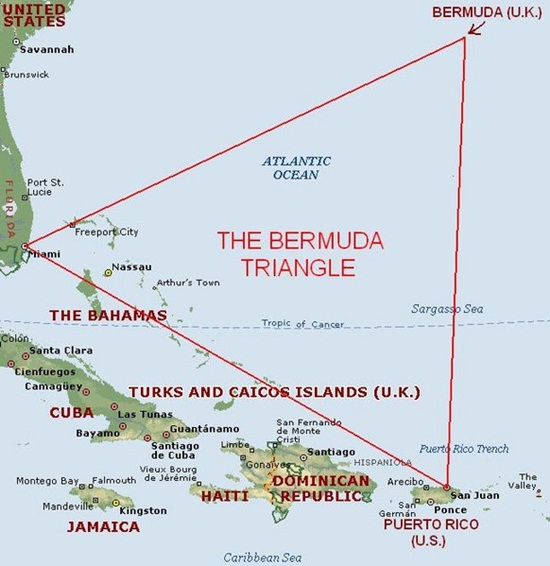 You have probably heard many stories regarding the Bermuda Triangle. But before we get into the mysterious happenings in this region, let’s get into the basics first. This is located in the western area of the North Atlantic Ocean. The places that are covered by this triangle (also called the Devil’s Triangle) are the Bahamas, Straits of Florida, and the Caribbean islands. One must remember, however, that the exact triangle varies by “expert.” In this area, there has been a good number of aircrafts and sea vessels reported missing. The circumstances surrounding their disappearances are generally mysterious. 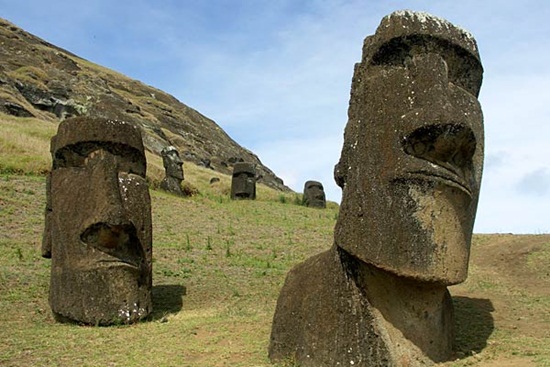 Easter Island is a Chilean territory located in the southeastern part of the Pacific Ocean. The ancient people who lived on this island left us several impressive and mysterious stonework. The most notable are the Moai statues. These are monolithic statues of torsos. They were made out of volcanic ash by the natives. Their total number: 887. Why were these statues made and why are they facing one direction (inland)? It appears that these were leaders of the island-dwellers. That answer may remove some mystery surrounding the island but an air of enigma remains, especially when you visit the island yourself. 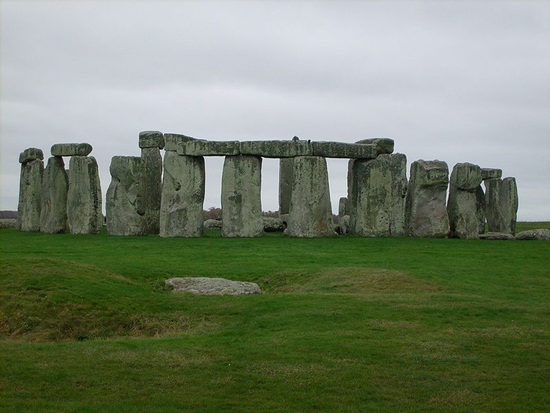 Owing to the fact that this place was created by a culture that didn’t leave any record or form of account regarding the stones, Stonehenge is still one of the places on Earth today that humankind has not fully understood. This is located in Wiltshire. The whole place is comprised of standing stones in a circular form. Up until now, there is no definite account of when these stones were erected. It wasn’t until a couple of years ago when it was discovered that the place was a burial ground. But the biggest question remains: how exactly where these stones constructed? 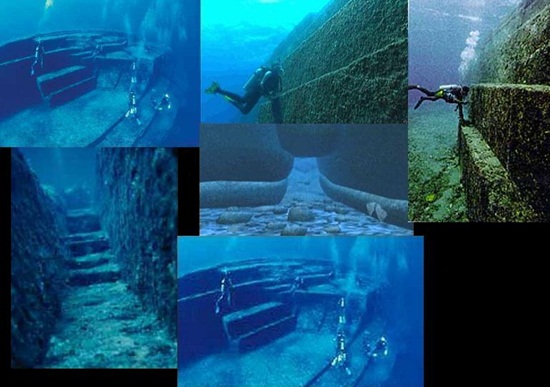 Located off the coast of Yonaguni in Japan, this is a rock formation that has had many experts scratching their heads. Now it’s not exactly strange to find rock formations under the sea but this particular place has very peculiar features. Some examples are two pillars that are close together, an L-shaped rock (dubbed as the Stage), a low platform that is shaped like a star, and a triangular depression with two large holes. The latter is currently labeled as the Triangle Pool. These are also other aspects of the place that suggest that the monument was man-made. But when were they made? What was the purpose of the place? What happened to the people who erected the monument? 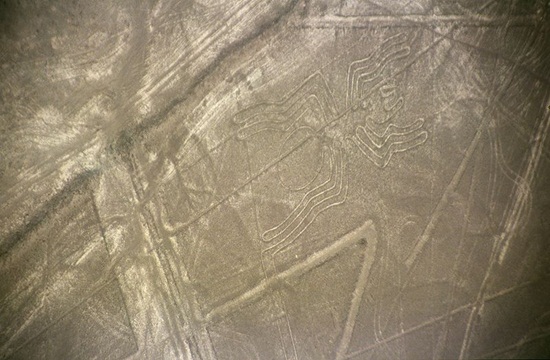 These are very interesting geolyphs made many centuries ago. It has not been established when exactly these giant drawings were made but scholars say that they were created between 400 and 650 CE. There are hundreds of these drawings found in Southern Peru. Some are simple lines while others are more recognized doodles of spiders, monkeys, fish, sharks, orcas, and other animals. Since these lines are so large, the mystery goes back to how they were actually created. Did the Nazca use aircrafts to see what they were creating on the ground? Were they aided by creatures from other planets? 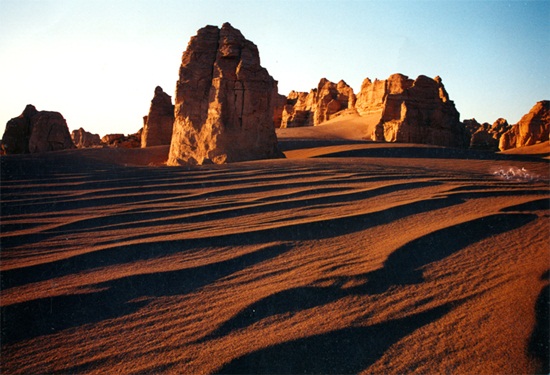 With an alternate name as intriguing as Demon City, this 10-kilometer region in Xianjiang, China deserves a spot in this list. If stories are to be believed, you will hear beautiful music coming from the rock formations when you visit this place. It will be akin to bells or gentle guitar strings. But if you are caught by a storm, you will hear roaring tigers, animals being slaughtered, crying babies, and other sounds that can make even the bravest go crazy. Then you have the strange rock formations themselves to deal with. Some look like angry demons welcoming you to your worst nightmare. 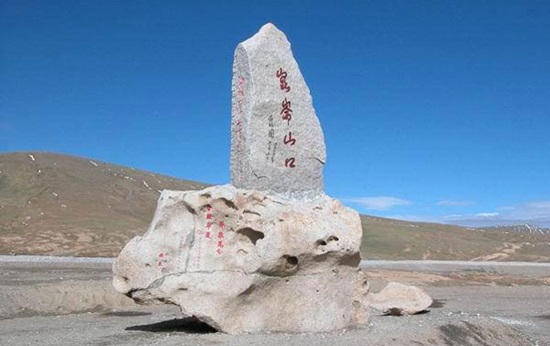 Also called the Gate of Hell, this is a particular valley where people enter without hopes of ever reuniting with their loved ones. Those who were lucky to return have reported to have seen bones, remains of wolves, and hunters. There are also lonely tombs found in random areas. A popular story surrounding this valley revolves around a herdsman who entered the supposed Gate of Hell to find his horses; they vanished mysteriously around the area. The horses were found a few days later but the herdsman was not so lucky. He was found dead, gripping his shotgun, and with clothes torn off. There were no signs, though, that he had been attacked. 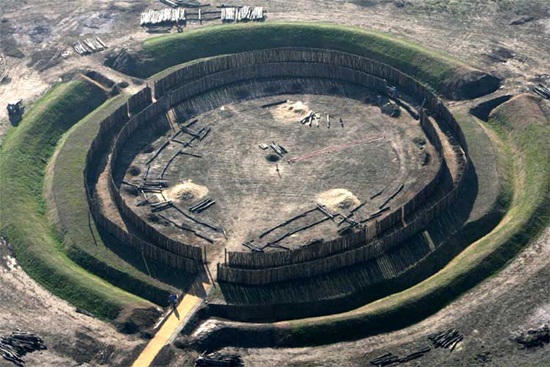 Located in Goseck in Germany, this is a Neolithic structure that is said to have had astronomical purposes. According to findings, this structure is the earliest sun observatory in the world. There have been other findings, though, that lend this place an air of mystery. These discoveries include ritual fires, human bones, and a headless skeleton. It looks like the place was also a site for a consecration sacrifice of some sort. 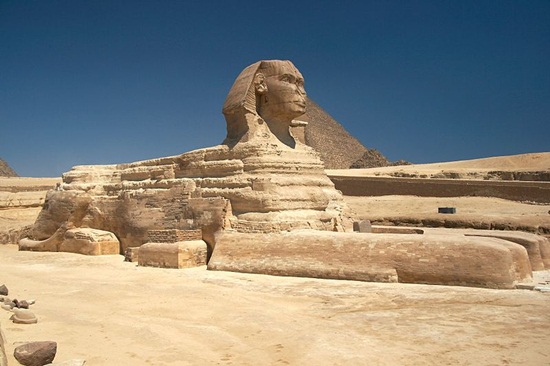 You would think that with a civilization as advanced as that of the ancient Egyptians, we would have some sort of record today containing basic information of this spot. Strangely, we still do not know who the model was, when exactly it was erected, and by whom. In fact, there are several conflicting theories today regarding these things. There are also several stories on how the figure lost his nose. Was it broken by a cannon ball fired by Napoleon’s soldiers? Or was it destroyed by another person centuries before? 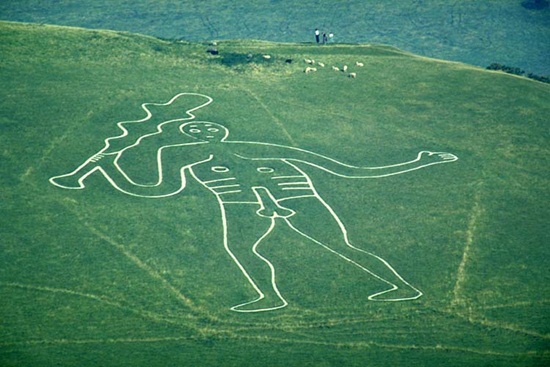 Not only is this strange, it is funny, too. This shows a hill figure of a naked man. Also called the Rude Man or Rude Giant, this figure measures 180 feet high and 167 feet wide. You can find this near the village of Cerne Abbas in Dorset, England. Until now, no one knows how this figure came to be and how old it is. In 1996, it was found out that the original figure had a cloak in his left arm. He was also standing over a disembodied head. Should the nickname be changed to Rude Angry Giant?