So you’re sitting in the bleachers waiting to cheer for your home team. A few minutes before the game starts, the energy of the spectators is pumped up with the entrance of the cheerleaders. Then enters the mascot… And the whole place becomes as silent as a tomb. The mascot is just too ridiculous for words. Who would want to cheer for the team now when the mascot is as ridiculous as the following: 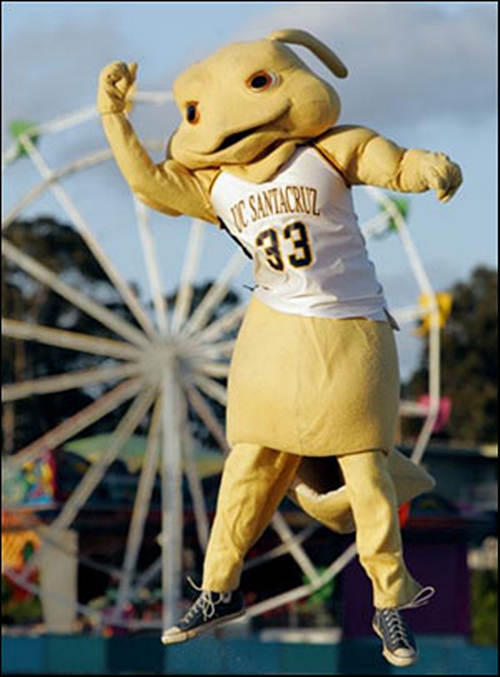 His name is Sammy. Thankfully, Sammy is not as slimy as a real banana slug. 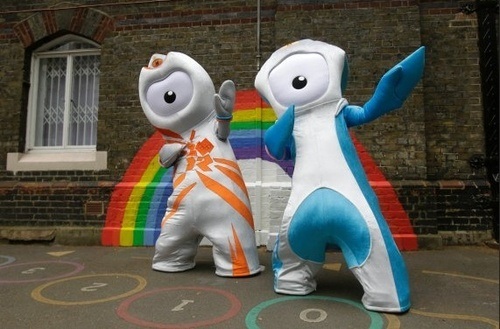 These one-eyed weirdos are Wenlock and Mandeville. They look like friends of the Teletubbies. 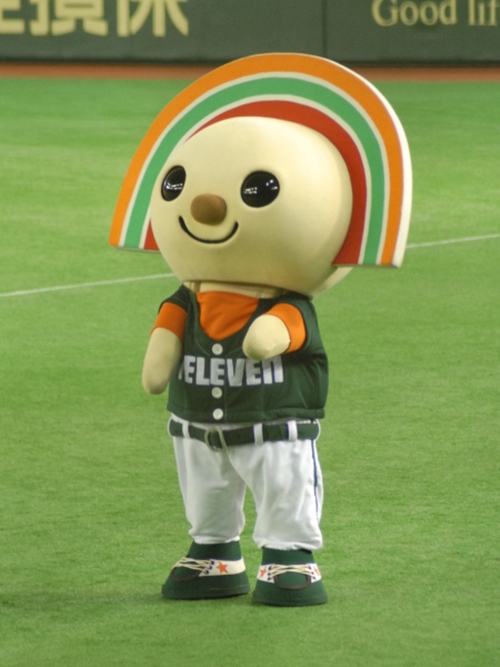 How this can boost morale is beyond me. 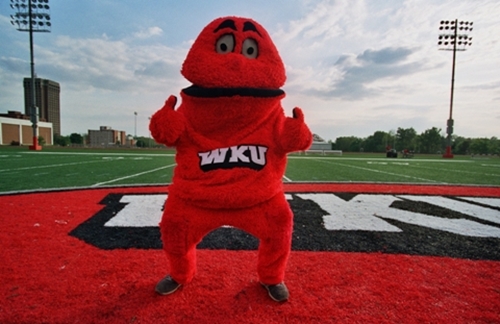 Poor big red was fired from his McDonald’s gig when Grimace came along. 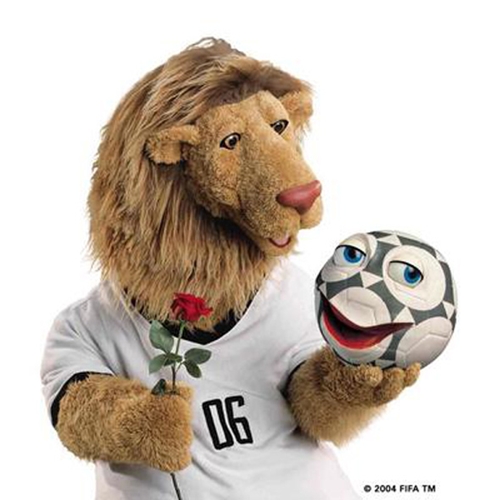 They were the mascots for the 2006 World Cup. This would’ve been fine if the lion was not holding a rose. What is up with that? 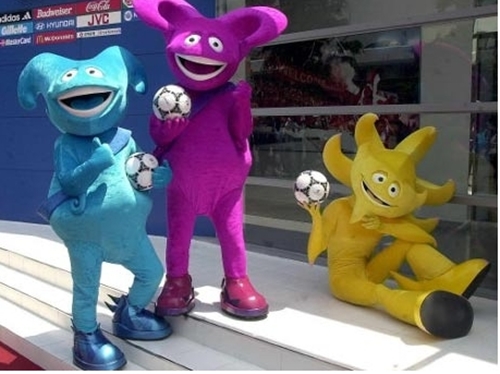 Because, yes, football is OUT OF THIS WORLD. 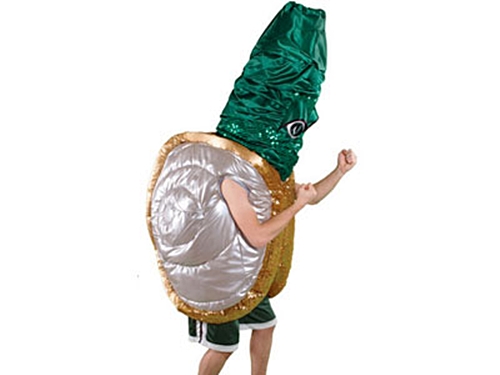 Yes, a geoduck exists. No, it does not make a good mascot. 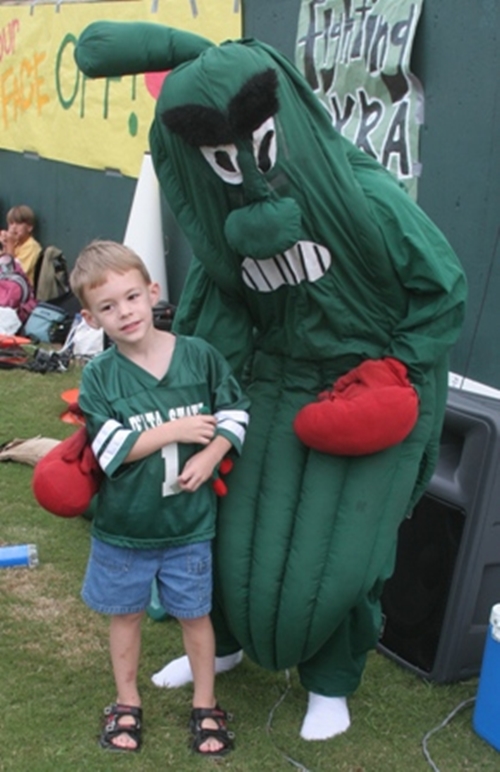 Okay, an okra is a vegetable I avoid but this mascot is not scary enough to cripple the other team. 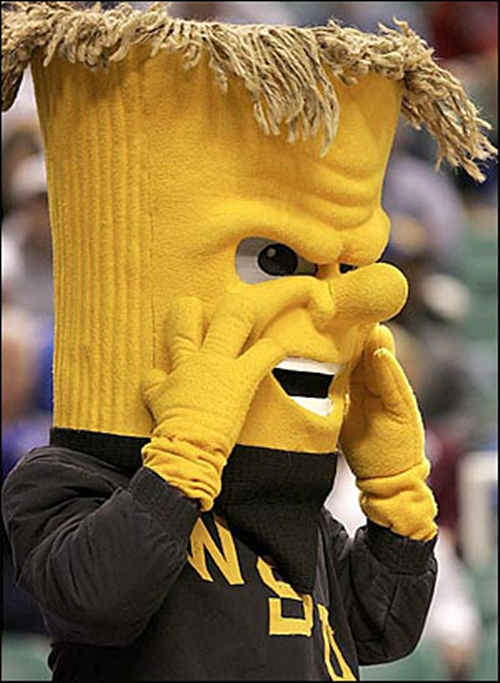 The expression is sports-worthy enough. But wait ’till you realize that he is a bundle of wheat. 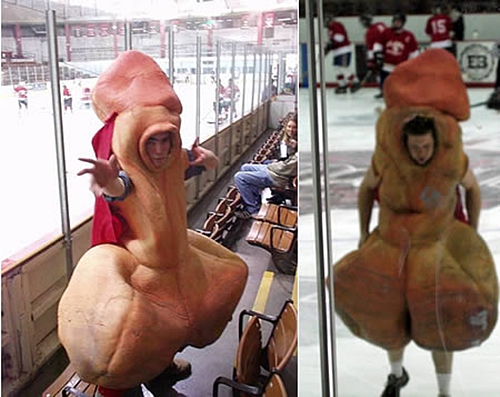 Scrotie was not an official mascot but he was appropriately loved. Go Nads!

This would’ve been fine without the white spots. They just look disgusting. 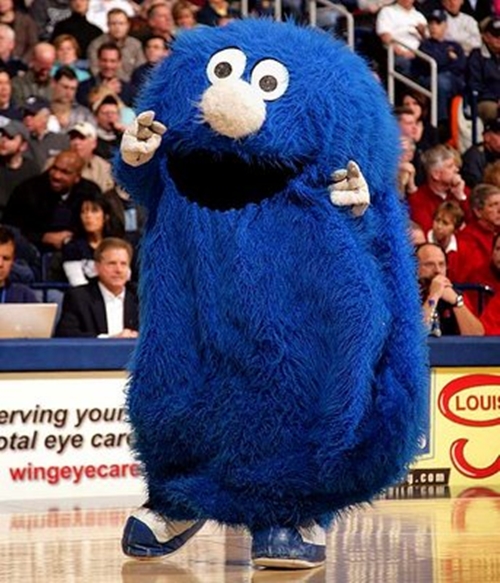 Guess what he is. Yep, a non-threatening blue blob. How imaginative. 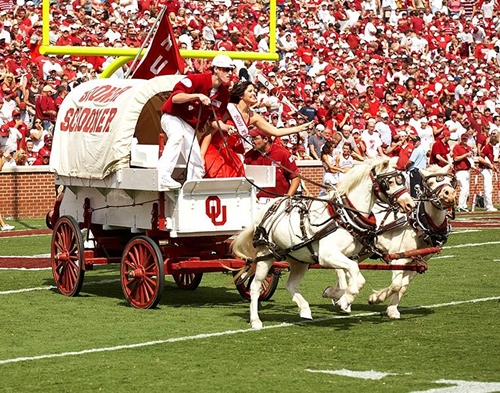 Nope, the horses aren’t the mascots. You’re looking for the wagon. That’s right, that wagon is the perfect weapon to terrify the other team. 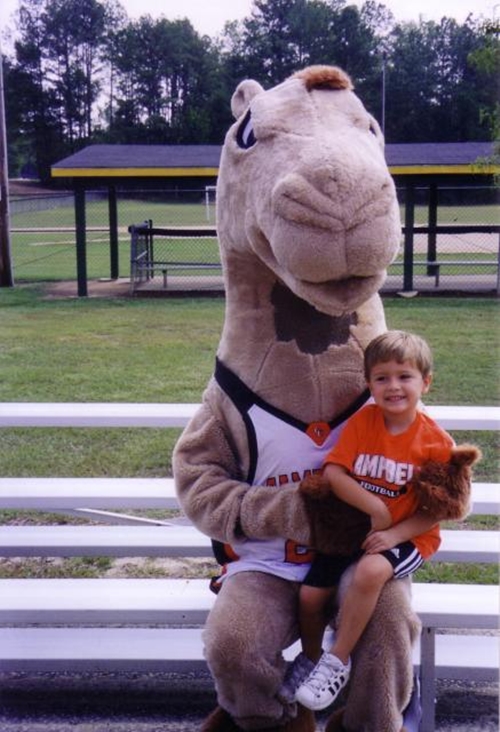 Without the unfortunate name, this mascot can actually work. 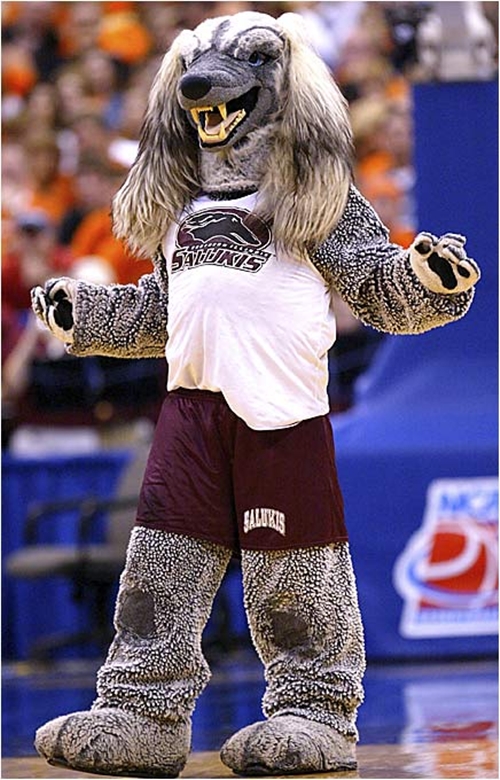 They might be on to something…If I were from the opposing team, I’d be scared of this creature. 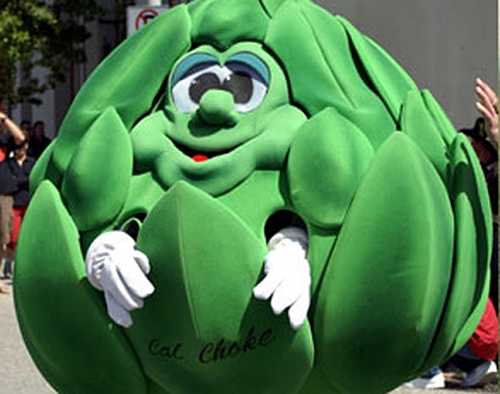 First of all, Artie is too cute a name. Secondly, a mascot that you can eat is just lame.

17. University of Louisiana at Lafayette Cayenne 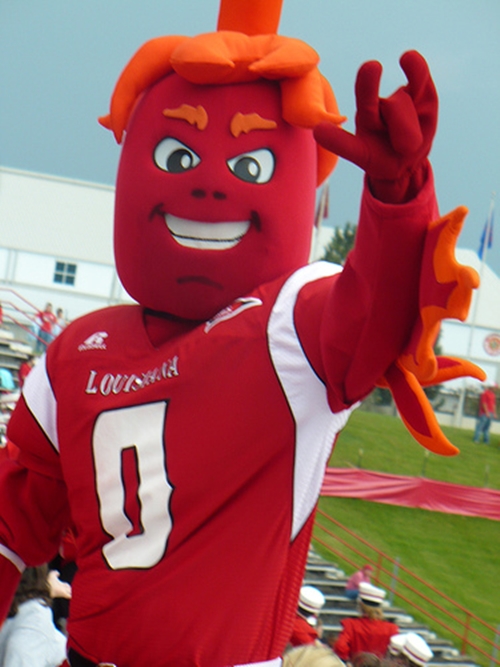 “What’s your mascot?” And you answer in a small voice, “A pepper.” 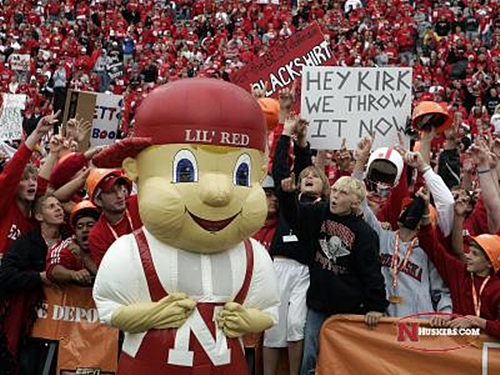 Again, too cute to intimidate the opponent. This lil guy needs an angry face.

19. University of Arkansas at Monticello The Boll Weevil 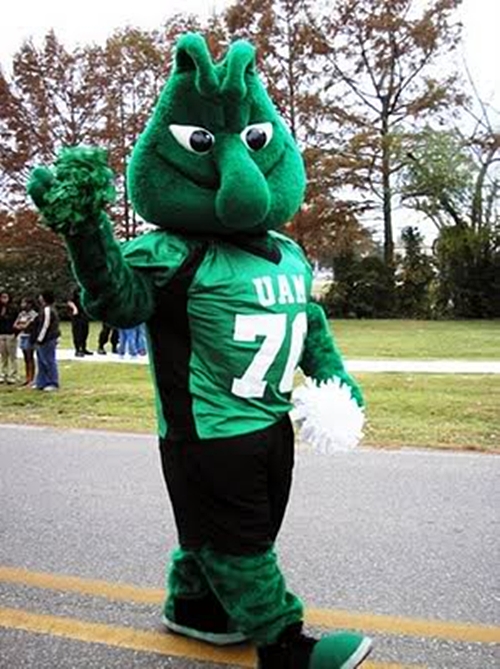 The Boll Weevil eats crops. Perhaps they were hoping that the mascot can destroy the enemy? 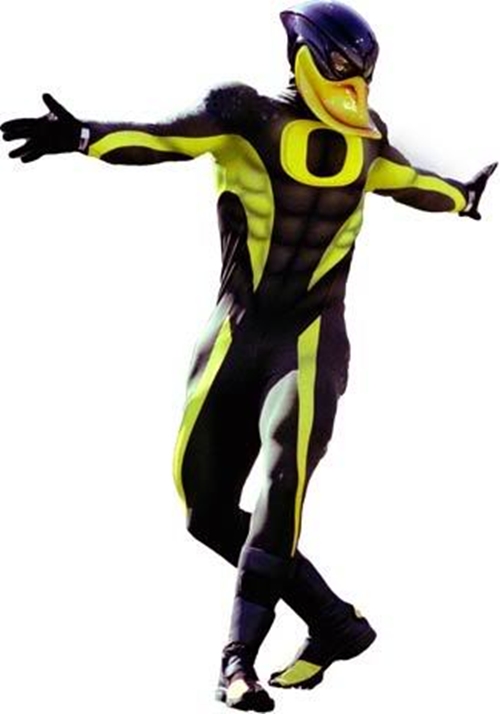 This was designed by Nike and looked like it came from another planet. Thankfully, he was put into immediate retirement. 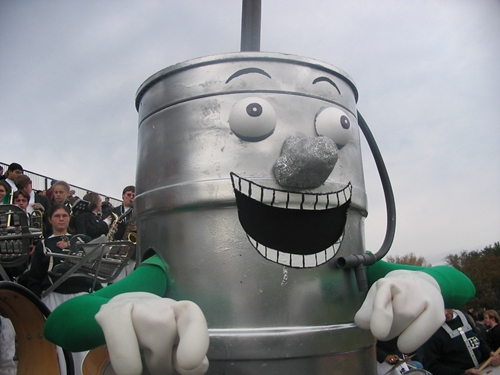 Again, this is an unofficial mascot. If I were a student at Dartmouth, I’d cheer for this over a furry mascot, too. 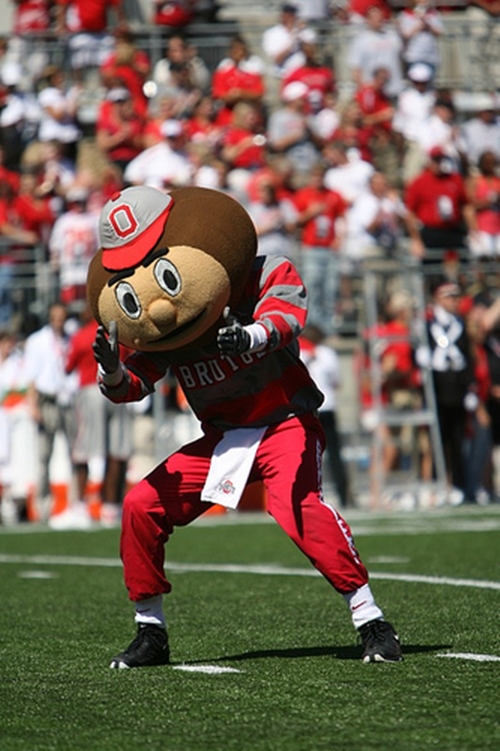 This is Brutus. Why he would be a mascot when he is a tree is beyond me.

This one belongs in Disneyland, obviously. 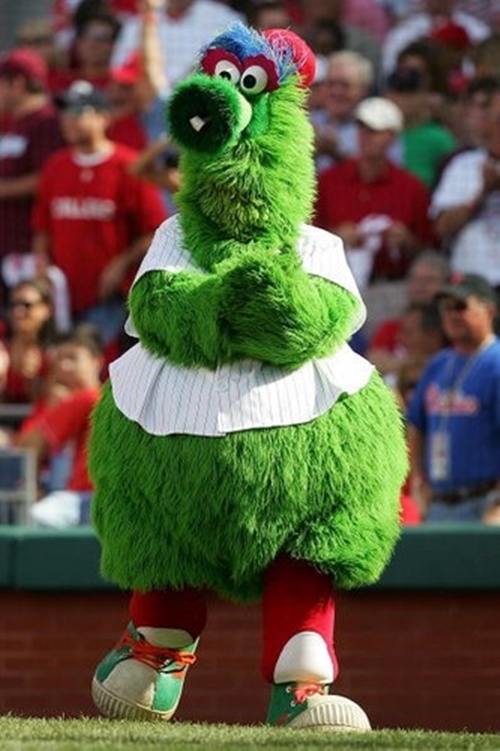 We dare you explain what this “thing” is supposed to be. This deserves a resounding “What on Earth is that?” 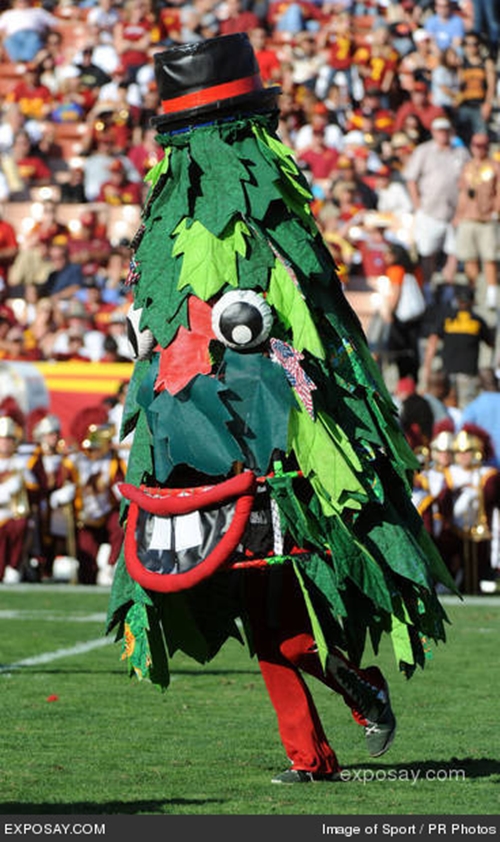 They should’ve just went head with an actual Christmas tree. It would’ve been more festive that way. Seriously, this is the saddest mascot in the history of sad mascots.